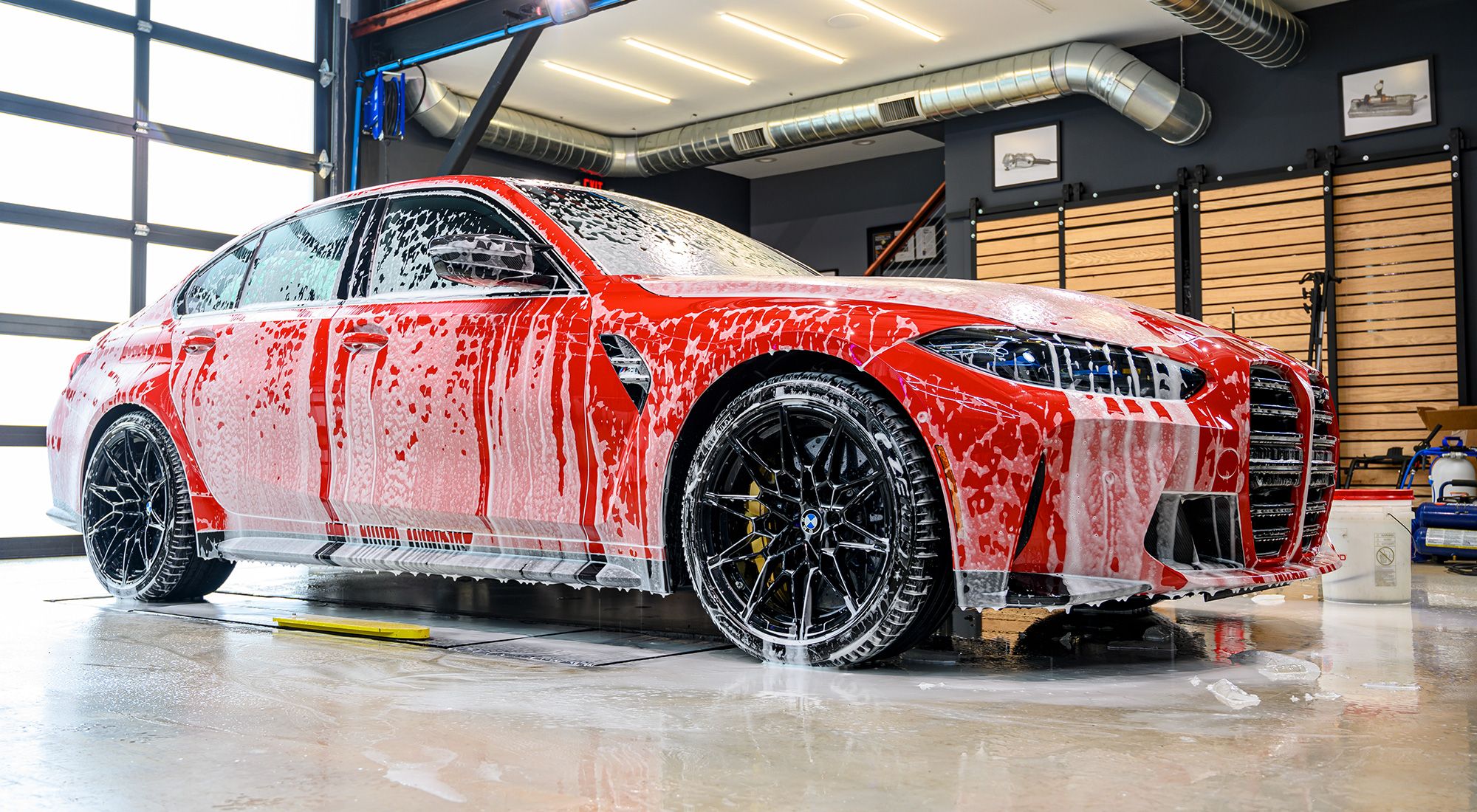 As you can imagine, sourcing cars for content isn’t always easy. It’s sort of “right place, right time”, along with as much planning as you can do beforehand. To give you an idea of what’s involved, this week we’ll go behind the scenes on the recent G80 M3 shoot with AMMO and BMW NYC.

Doing what you can, where you can

Over the years, I’ve developed relationships with people in automotive positions, and one such person is Louis from BMW of Manhattan. Because of my ties to the M3 community, Louis let me know that he would have a new M3 on hand before its official release.

Me: “Is yesterday too early?”

But what to do with it, and where to actually shoot it?

I thought that I could either shoot the car for a few hours, post some pics up, do a blog post, and move on, or make an event of it.

I had about a week before the shoot, and it got me thinking that Larry Kosilla’s AMMO NYC and BMW NYC share…the NYC. It’s a natural tie-in. Yes, I have the ability to send out the Bat Signal to Larry, but I make sure to never waste his time. This was a hot car that would get a lot of eyeballs – did he want to work on it?

The story so far

Louis was hosting an event for the launch of the G80 M3 a few days after Larry prepped it, and since it was a pre-production car, there was plenty of paint cleanup to be done. An added bonus was typical northeastern winter weather, as snow blanketed the roads that day. With salt coating the car, the transformation would be even more exciting.

The car looked fantastic as usual, and ready for its shoot.

Part of being an automotive photographer is being outside in the elements. That means sometimes freezing your butt off. In the snow.

Once the car was ready, Louis drove me to Manhattan, specifically Times Square. Lots of people ask about shooting here, and I’ll give some tips, but remember that during the pandemic it’s much quieter.

Louis knows Manhattan as well as anyone, so he had a perfect spot for me to shoot the car after Times Square. Collaborations like this are key – you can’t always scout beforehand, and Louis has the eye of a photographer. After Time Square, he took me to an old graffiti-covered warehouse right off the West Side highway. It was totally dark and I’d have never even seen it.

The images and articles were featured on BMWBLOG, Bimmerpost, BMW of North America’s Instagram account, AMMO’s channels…by any measure, a success. But I think the reward for me came a few weeks later, from a friend who works at a local BMW dealer. He shared a handwritten note from a an older BMW customer who read the M3 review and was so enticed, he shared it with my friend (he had no idea he knew me). Small proof that this is working.

If you’ve got a special car you’d like me to shoot and review, please reach out.